Hypnotherapy (hypnosis) can be used for a variety of concerns, including, but not limited to: 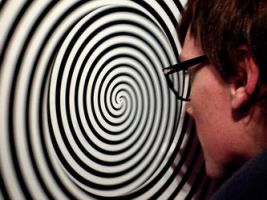 What do you think of when you think of hypnosis? The media and the stage show have created many misconceptions of the true nature of hypnosis. My goal in this article is to resolve three of the more typical misunderstandings that I have encountered in my practice.

Some time ago, I was in Las Vegas and saw a stage show with a hypnotist. This event shaped the way I thought of hypnosis. Several people went on stage and allowed themselves to be hypnotized and did crazy, silly things. We all got a laugh, but that put an idea in my mind about what typified hypnosis. Now that I have been through training, I discovered that when a person agrees to participate in an entertainment form of hypnosis, they are, at some level in their mind, giving consent to doing silly things. When a person comes into my office for hypnosis, the context is different, therefore the permission given by the client is for clinical purposes. That same person who performed silly acts on stage would not do those same things during hypnosis in my office. Nor will anyone do anything against their morals and values when hypnotized.

Another common misconception is that a person is asleep when they are in hypnosis. Being asleep, they will not be aware of what is going on around them and will wake up as they would from a sound sleep. Everyone has a different subjective experience of being in hypnosis, so it is difficult to give a single answer as to what it is like, but most people will hear, remember and know exactly what is going on the entire time. I liken it to driving somewhere familiar. You are in the car, conscious, and driving your usual route. When you arrive at your destination, you may not remember the last few miles and have the feeling that you were on automatic pilot. Yet if there had been an incident that required an immediate response, your conscious mind would have taken over and you would have returned promptly to the task at hand. Another way to think about it is being in a state of deep relaxation, similar to the time right before you fall asleep at night.

The final misconception is the idea that not everyone can be hypnotized. We are all in hypnosis at some point during the day. Waking and sleeping are two illustrations. Other common examples of being in a light state of hypnosis are when daydreaming or watching an engrossing movie or TV show. Although not impossible, it may be difficult to achieve a state of hypnosis if there is not cooperation between a subject and the hypnotist. An open mind, motivation, and willingness are attributes that will benefit anyone that desires to be hypnotized.

You can make an appointment directly by going to: